Can One Know if Theoretical Entities Exist? 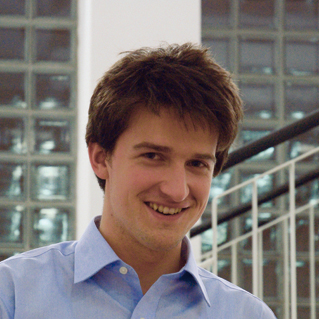 The Large Hadron Collider, which took up operation in 2008, is one of the most expensive and complex experimental machines ever built. Located about 90 meters below the French-Swiss border, the 27-kilometer circumference supercollider ring accelerates proton beams to close to the speed of light and smashes them together. Giant detectors measure the sub-atomic products of these collisions.

In July of 2012, scientists working at the collider reported a breakthrough discovery. They had found evidence for a special particle called the Higgs boson,1 which is a component of a theory called the Standard Model. The physicist Peter Higgs developed this theory of how particles acquire mass in the 1960s. Higgs proposed that all matter interacts with an invisible field in the universe, now referred to as the Higgs field, via a special type of short-lived particle, the Higgs boson. According to the Standard Model, the more matter interacts with the Higgs field, the more mass it has.

The find at the Large Hadron Collider is important evidence in favor of the Standard Model. The detection of the Higgs boson was, however, indirect. What was measured was not the boson itself, but rather the particle’s decay signature – the products generated in the proton collision matched the ones that physics predict for the Higgs boson.

Can such an experimental result prove, beyond doubt, the reality of a theoretical entity?

This question is part of a broader discussion within the philosophy of natural science concerning the status of scientific theories in general: the Realism/Anti-Realism Debate.2

Scientific realists believe that successful scientific theories give (at least approximately) true accounts of what the world is actually like. Scientific realism does not necessarily say that science is infallible. Its main tenet is that under certain conditions it is justified to believe in the existence of invisible entities and effects which scientific theories entail. According to this position, there is reason to think that science correctly describes at least some properties of theoretical entities such as atoms, electrons, neutrinos, DNA, magnetic fields, and the Higgs boson.

Anti-realists are skeptical of abstract scientific concepts. Anti-realism does not necessarily disregard all scientific theories as outright untrue, but it rejects the idea that it is rational to believe in the existence of postulated entities or effects that are not directly observable. For anti-realists, invisible theoretical entities are primarily useful concepts that scientists use in their explanations; there is no reliable criterion to decide whether or not theoretical entities really exist.

Essentially, the so-called problem of the criterion, the difficulty of finding a methodical standard or principle to decide which entities are real and which are not, is what the Realist/Anti-Realist Debate boils down to.

The problem of the criterion has, in different variations, occupied philosophers for a long time. In his Outlines of Pyrrhonism, Sextus Empiricus (ca. 160–210 AD), one of the last exponents of ancient skepticism, explains the concept of criterion as that by which […] we judge of reality and non-reality. […] In the ‘most special’ sense it includes every technical standard of apprehension of a non-evident object as well as the laws of logic and scientific theories. Skeptics and anti-realists hold that such an absolute criterion is unobtainable in science for reasons of principle.

Arguments in favor of scientific realism commonly rely upon its explanatory virtue. Well-tested scientific theories very accurately describe and predict events in nature. Chemists have atomic models and theories of molecular bonding that let them predict the outcomes of millions of different reactions. Their knowledge allows them to synthesize completely novel materials in a planned manner. It would be an outrageous coincidence if such scientific predictions just happened to be right, on a regular basis, and atoms and molecules did not really exist. What is more likely is that some scientific explanations are successful because they capture some true aspect of the phenomena they deal with.

Rather than trying to logically derive realism from a priori principles, this line of argumentation follows what Gilbert Harman has called inference to the best explanation3: The best explanation for the success of scientific theories available is that good scientific theories are true. Hilary Putnam sums up this position for all of science in his statement: The positive argument for realism is that it is the only philosophy that doesn’t make the success of science a miracle.4

The anti-realist Bas van Fraassen challenges the conclusion that the best explanation for the successes of science is the truth of its theories. In his 1980 book The Scientific Image, van Fraassen offers an alternative account: What makes certain scientific explanations successful is not so much their truth as their empirical adequacy, their satisfactory description of facts. Van Fraasen’s central thesis is that in science, theories themselves do not have to be true in order to be successful, only the statements about observable entities and events that the theories provide must be true. Usually, different scientific hypotheses compete as explanations for any given phenomenon. Scientists hold on to those hypotheses that are best at describing the phenomena, and reject the ones that are inadequate. It is no miracle at all, argues van Fraassen, that theories which survive rigorous selection processes make good, empirically adequate predictions about the way things happen in the world.5 Empirical adequacy does not automatically make theories true, though. The physicist Robert Clausius (1822–1888), for example, derived fundamental thermodynamic equations using the notion that heat is a type of fluid6 called caloric. Even though Clausius’s theory is based on what is today considered a nonentity, the equations Clausius formulated still give very good descriptions of actual thermodynamic processes.

The historical example of caloric shows that there is reason for caution against believing in the truth of theoretical objects posited by science without further empirical evidence. Van Fraassen’s critique indicates that realists, if they want to avoid falsely ascribing reality to theoretical entities, cannot rely on the success of scientific explanations alone as a criterion for the truth of theories. For scientific realism to be conclusive on a philosophical level, it must produce a criterion which provides an unassailable basis for the reality of theoretical entities.

The philosophers Ian Hacking and Nancy Cartwright proposed a new candidate for a realist criterion in the 1980s, shortly after van Fraassen’s attack on realism. It is important to note that Hacking and Cartwright were not motivated by a belief in the fundamental truth of the laws of physics. Quite the contrary; they share anti-realist sentiments about the status of theoretical laws, and are realists only with regards to certain theoretical entities.7 Their entity realism is an intermediate position in the Realism/Anti-Realism Debate which reevaluates the importance of practical experiment and technology on a philosophical level.

Ian Hacking recounts in his 1983 book Representing and Intervening that he visited a friend working on an experiment at Stanford (conducted by LaRue, Fairbank, and Hebard) which was designed to detect theoretical particles called quarks that hold a fraction of the charge of electrons. The experimental setup was such that minimal electrical charges were applied to tiny niobium spheres and then very accurately measured, in hope of finding charges that were one third of the elementary charge e- of electrons. Hacking writes:

Now how does one alter the charge on the niobium ball? ‘Well, at that stage,’ said my friend, ‘we spray it with positrons to increase the charge or with electrons to decrease the charge.’ From that day forth I’ve been a scientific realist. So far as I’m concerned, if you can spray them then they are real. Long-lived fractional charges are a matter of controversy. […] What convinced me of realism has nothing to do with quarks. It was the fact that by now there are standard emitters with which we can spray positrons and electrons – and that is precisely what we do with them. We understand the effects, we understand the causes, and we use these to find out something else.8

The criterion for the existence of theoretical entities Ian Hacking expresses in the above quote is based on manipulability. One can be sure not only of the existence of directly observable objects. Philosophers of science who limit the real to the observable ignore that beyond “looking at” and talking about “theoretical” entities one can interact with them.

In the end, how exactly we theoretically describe entities is secondary when it comes to the basic question of their existence. As Nancy Cartwright illustrates, regardless of whether one uses Bohr’s, Rutherford’s, or Lorenz’s model of the electron, one can make use of the properties of electrons for countless purposes with the help of modern technology.9 Entity realists argue that once objects such as electrons and protons are employed experimentally with controllable effects (in a similar manner to observable entities), it is pointless to deny their existence, regardless of the theories that are used to describe them. Thus, while one could remain undecided about the existence of the Higgs boson after the 2012 findings at the Large Hadron Collider, the controlled way in which proton beams were smashed in the experiment is evidence that protons are actually real. Conversely, hypothetical entities such as caloric (or the electro-magnetic ether) which never end up being manipulated, commonly turn out to have been wonderful mistakes10, as Ian Hacking remarks.

Other philosophers believe that entity realists go too far in their claim that experimentation and technology can establish knowledge independently from pure theory. In particular, there remains an element of uncertainty regarding the point at which one can be sure that direct manipulation has been achieved. Recognizing instances of manipulative success requires theoretical scientific knowledge on the part of experimenters. Furthermore, the essence of what it is to interfere with a theoretical entity remains to be elaborated philosophically if manipulability is to serve as a clear principle to distinguish real entities from imaginary objects.

While the philosophical significance of their criterion of manipulability is still under discussion, entity realists have shifted the focus of the Realism/Anti-Realism Debate in an important way. By emphasizing that engineering, not theorizing, is the best proof of scientific realism about entities12, they challenge a widespread belief in the absolute primacy of theory before praxis within philosophy of science. Entity realism points out that there is more to scientific knowledge and finding out what is real than just passive observation and theoretical representation.

For centuries, philosophy has been preoccupied with theories of knowledge based solely on abstract, a priori principles. Until quite recently, it has largely ignored engineering and technology. In the search for criteria and conditions of reality, philosophers would do well to further investigate the machines, detectors, and technical methods that help generate scientific evidence.