Art, Theory, and the Link of Dreams and Reality in the 20th Century 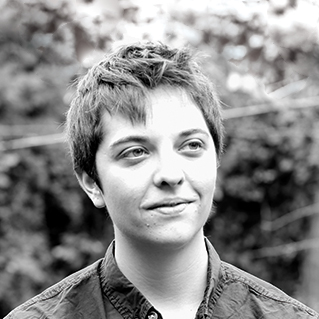 Early in the 20th century, “there was light” – only that this time there was no God involved. Instead, as many cultural theorists claim, humans were the ones who – with the use of light – created the cinema as a place wherein they could find well-organised moving images, notions, conscious and unconscious ideas, which in sum created the perfect reflection of their own selves. Cinema therefore has been at the forefront of psychoanalytical research, especially with regards to the study of human dreams: Dreams are closely connected to the images produced in the unconscious during our sleep – and these images can be easily expressed as frames per second on a cinema screen.

From the paintings of Dorothea Tanning and Salvador Dalí to the poetry of Edgar Alan Poe, dreams have been a popular catalyst for artistic creation. The art of each century, in turn, is characterised by its main means of creation. Cinema is considered by many to be the definitive art-form of the 20th Century.1 As a consequence, many theorists and practitioners have used the unlimited possibilities of film language either to make a connection between film and dreams or to reflect on dreams and their resemblance with reality. Ronald Barthes described film spectators as being in a para-oneiric state, feeling sleepy and drowsy as if they had just woken up when a film ends.2 Similarly, the French surrealist André Breton argues that film viewers enter a state between being awake and falling asleep.3 Practitioners such as Federico Fellini have stated that talking about dreams is like talking about films, since the cinema uses the language of dreams; in a film, years can pass in a second and you can hop from one place to another. The language of dreams is made of images. And in the real cinema, every object and every light means something, as in a dream.4

All of the above mentioned films, regardless of when they were produced, have three things in common. First, they have all attempted to explore the unknown pathways of non-existing heterotopias, those singular spaces to be found in some given social spaces whose functions are different or even the opposite of others as Michel Foucault puts it.5 Second, they have all been the core focus of analysis, criticism, and political debates – more than any other film genre in the history of cinema. Third, they have raised questions that no one could definitively answer.

Cinema does not only analyse dreams, but it also actively creates them. The double meaning of the notion of dreaming has been lucidly portrayed on the cinematic screen. The fictitious reality that was projected on the screen soon became what people desired as their actual reality.

Cinema as an art form has therefore become lost in its generalised dispersal and cross-contamination with reality.6 This is what Jean Baudrillard meant when he proclaimed the disappearance of cinema. According to his view, cinema has passed into reality. Reality is disappearing at the hands of cinema and cinema is disappearing at the hands of reality, a lethal transfusion in which each loses its specificity.7

Irreality no longer belongs to the dream or the phantasm, to a beyond or a hidden interiority, but to the hallucinatory resemblance of the real to itself.8

At the beginning of its excess, as Susan Sontag illustrates it, cinema taught us how to walk, smoke, fight, and grieve.9 The lights of the screen soon became known as “dream palaces”. Not only did they offer the public a glamorous escape from the realities of everyday life, but they also taught them what they should desire. Slavoj Zizek suggests that film is the ultimate pervert art. For him, [o]ur desires are artificial. We have to be taught to desire, Cinema is the ultimate pervert art. It doesn’t give you what you desire, it tells you how to desire.10

The “American Dream” and its filmic narration

After cinema had taught individuals “how to be, or not be” through films, what followed was the lifestyle, ambitions, and the way of dealing with the ordinary world. Especially in Hollywood's mainstream genres, the guides to a “dreamy lifestyle” were openly projected in every living room, film after film. Hollywood was the Disneyland of social and product marketing. Of course, the title Dream Factory was not just a clever slogan. On the contrary, it manufactured optimism, and in the process of selling it, it made the possibility of success feel wonderfully real.

One of the biggest catchwords of the previous 50 years of mainstream pictures was success. Everybody needed to be the best, everybody needed to try hard. No matter where they came from, no matter what had already happened in their lives, no matter what the obstacles were, everyone had to “give it all” in order to conquer the dream. These notions are deeply connected to the essence of capitalism and the way the free market works. As it is well known, the early version of the American Dream was indeed focused on hard work and labour as means of salvation and success.11

Although the origins of the term “American Dream” can be found in the writings of Benjamin Franklin,12 the phrase only became popular through the writings of James Truslow Adams in his 1931 book The Epic of America.13 In the beginning, the term used to apply to every American, regardless of the social groups in which they belonged, their financial background, or abilities. According to Adams, too many Americans built mistrust towards the American Dream because they had not achieved what they had hoped for and expected. Soon, though, this dream became connected to the idea of becoming wealthy and the ability to achieve anything if one only works hard enough for it (“from rags to riches”). It seems that the main filmic narrations closely follow and even parallel the structure and historical notions of the American Dream. Historically speaking, the late '30s were indeed the time during which Hollywood was to reach its own peak. According to David Bordwell, there has not been any fundamental change in the nature of Hollywood’s structure since the '30s.14 Classical American cinema called for psychologically defined individuals who struggled to solve a clear-cut problem or to attain specific goals. In the course of this struggle, the character would enter into conflict with others or with external circumstances. The story would end with a decisive victory or defeat, a resolution of the problem, and a clear achievement of the goals. Of course, Hollywood did not only influence Americans. The life it promised for non-wealthy immigrants would also have an important historical impact. The big screen had long been inspiring immigrants to come to the U.S. with images that filled them with overstated optimism about what they would find there or how they could change their lives.

In a way, Hollywood called out for dream fulfilment through hard work and persistence in the aim of personal success. This mainstream medium was a fountain of stereotypes and norms, which were easy to identify with. To a certain extent, if films were good at achieving the interpretation of unconscious reality (dreams) they would acquire the ability to profoundly influence ordinary life, without even leaving traces of the overall political sphere.

Everybody’s unconscious mind is different. During their sleep, unlike while daydreaming or fantasising, individuals experience unique dreams, unreal images, non-existing places, and un-lived feelings. Here is an experiment you can try yourself: just ask five people to tell you their dreams. Their answers will not be so different from one another. Why is this the case? Do we “steal” the dreams of others?

Of course, nothing can be analysed outside the cultural sphere, and at the same time, everything is linked to the historical background sketched above. Let us take a closer look at what is happening nowadays.

Technological development, along with a hunger for more lively mediums of communication, has resulted in fundamental changes in the mass-media industry. Especially during the past few years, there has been a massive shift in the ways we experience not only entertainment, but also news broadcasting, sharing information, and exchanging ideas. Marketing industries have tried to push the limits of the medium of video after seeing both the economical benefits and sociological potentials of the “big screen” by sponsoring most of the technological advances of the field. This way, they would have a monopoly over the media industry, which was the most profitable field of the past decade. Indeed, as Gilles Deleuze was able to predict more than 30 years ago, marketing is now the most powerful “instrument of social control”.15

What emerged from the ashes of the post-industrial era was the hyper-industrial sphere. Far from being characterised by the dominance of individualism, this epoch turns out to be one of herd behaviour and of a general loss of individuation.16 Globalisation, shared economy, wide open online borders are the means by which marketing companies have managed to create gigantic economies of scale and to homogenise human behaviour with the aid of technology. Bernard Stiegler, one of the most important New Media theorists of our days, argues that hyper-industrial capitalism has developed its techniques to the point where millions of people are connected every day simultaneously to the same television, radio, or play console programmes. This proves to be true, if we take research into consideration that shows how many hours people spend per day watching videos online or on new platforms such as Netflix.

Capitalism had promised Western countries a post-industrial phase (always by taking advantage of developing countries), wherein the mechanisation of production and the growing service sector would afford citizens more leisure time – which has been achieved to some degree. Nowadays, individuals do have more free time, at least “on paper,” since the 8h work day is the norm; yet leisure time is spent anew within the same consumption system of hyper-capitalism. The programme industries buy and broadcast entertainment programmes and sell consumable time, hence capturing the time of consciousness that forms their audiences. Individuation is almost dead, while free will is under discussion. The illusion of the triumph of the dream is fading, while the threats against the intellectual, emotional, and aesthetic capacities of humanity are becoming clearer.