Paying the Forest for the Trees

How an Ecosystem Services Approach is Transforming Environmental Protection in Vietnam 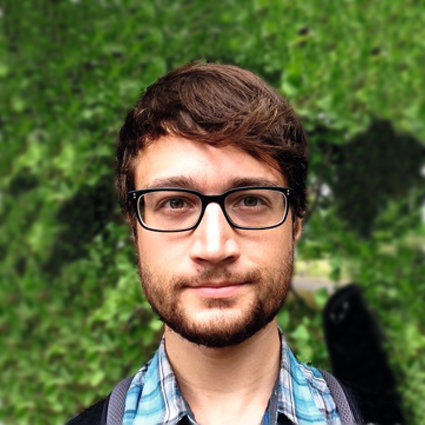 is a recent graduate of the Yale School of Forestry and Environmental Studies. During 2014, Ben worked for WWF Vietnam and was based in the south in Ho Chi Minh City. His research looks at how to use environmental economics to improve the effectiveness and sustainability of conservation projects. Ben enjoys outdoor adventures, farmers markets, and playing the cello.

I emerged from the cave dripping wet, with the drybag slung over my shoulder and my headlamp shining bright. After 24 hours trekking through the jungle, scrambling up sheer rock faces, and swimming through underground rivers, we had completed our tour of the Tu Lan Caves. This karst landscape in Vietnam’s Quang Binh Province is part of the same geological formation as Phong Nha Ke-Bang National Park and shares the scenery that earned its UNESCO World Heritage status.1 Our tour operator, Oxalis Adventures, limits the number of tourists allowed into the caves and has a notable environmental ethic: pack out your garbage, stay on the paths, and leave no trace.2 Their low-volume, high-value business model both employs local people and safeguards the ecology of the region.

But not all tour operators have integrated nature protection into their business. Enterprising developers recently lobbied provincial officials for the permission to build a cable car into the cave, potentially altering the landscape and damaging its unique ecology forever. On the drive back to Phong Nha Town, we discussed the question I had come to Vietnam to study: how can we convince the private sector to support nature protection? People depend on healthy ecosystems for everything from clean air and water to recreational opportunities and spiritual connection, but natural areas are often lost to development, and along with them, all the benefits that people enjoy. Far too often, private businesses ignore the responsibility of investing in public goods and the ecosystems that provide them.

The Government of Vietnam has answered this question with their Policy on Payment for Forest Environment Services Decree 99/2010 (‘PFES’), which requires certain companies to contribute funding towards forest protection. Tourism companies in Phong Nha pay into the rural Forest Protection and Development Fund (FPDF) for enjoyment of landscape beauty and ‘cultural ecosystem services.’ In turn, the provincial fund rewards local villagers, many of them members of cultural minorities living below the poverty line, for vital activities like forest patrols and wildfire management. This dual mechanism – the company’s strong environmental ethic and direct financial contributions to nature protection – will hopefully ensure the long-term health of the landscape.

Thought leaders such as WWF, the Nature Conservancy and Stanford University have popularized the concept of ‘natural capital’ – extending capital theory to include natural assets like the stock of trees in the forest – and make the case that, just as financial capital in the bank generates a stream of interest payments, natural capital delivers ‘ecosystem services’ for people.3 In the language of the Millennium Ecosystem Assessment (2005), these include provisioning food, fuel, and water, regulating erosion and flooding, and providing cultural values for recreation, education, and religion.4 In his recent Earth Day blog, The Nature Conservancy’s CEO Mark Tercek is quoted as saying that “Environmentalists generally believe in the inherent value of nature. However, we can’t persuade everyone to think like we do. Focusing instead on the benefits nature provides – clean air, healthy soil, fresh water, coastal buffers from storms – can attract more people to our side and unlock new sources of funding for protection.”5

For readers unfamiliar with the terms used by ecological economists, this is a good moment to step back and define a few concepts. Old-school environmental economists concerned themselves primarily with resource extraction.6 One example of this is Martin Faustmann’s 1849 formula, which tells us when the rational, time-sensitive forester should cut down the trees. After reaching Faustman’s optimal rotation age, the forester is economically better off selling all the trees for timber and putting this money in the bank. It was not until the 1970s, when pioneers like Paul Ehrlich drew attention to the importance of coupled human/ecological systems, that ecological economics was born. Ecological economics provides tools to measure non-market values, like recreation and aesthetics, produced by the forest in addition to timber. These values can have a major impact on Faustman’s rotation age7, and, in the case of scenic or biologically significant old-growth forests, can even convince the most time-hardened capitalist to leave the trees standing.

Arguments against the ecosystem services approach range from the criticism that valuing nature is ‘not a panacea’ to the simple moral statement that nature inherently does not have a price.8 Marx’s writings have even been brought forward as evidence of how ecological economists promote ‘encircling the commons’ and are guilty of ‘commodity fetishism’.9 Critical theorists go one step farther, interpreting Foucault’s writings to assert that the process of mapping and quantifying ecosystems is the same as ‘the gaze of the totalitarian state’ as it centralizes power. In reply, the economist Costanza has penned, “It is a misconception to assume that valuing ecosystem services in monetary units is the same as privatizing them or commodifying them for trade in private markets.”10 The ecosystem services framework does provide a compelling language to communicate intangible values to decision makers.

But why attempt to value nature monetarily? Experts estimate that there is a gap of USD 200–300 billion between the available governmental and philanthropic support for conservation and the annual financing needed to ensure global biodiversity protection.11 Many protected areas are understaffed and only ‘paper parks’ – i.e. formally listed but unable to prevent illegal hunting or logging. Still other critical ecosystems like wetlands and rivers might lack charismatic mammals, such as tigers or polar bears, that motivate charitable donations. And lastly, the traditional 2–5 year grant cycle can lead to disruptive changes in staff and project funding. Valuing ecosystem services promises one way to embed nature’s value into long-term, sustainable financing for conservation projects.

The model of ‘payment for ecosystem services’ (PES) offers a results-based, pro-poor approach for solving environmental problems. The theory is simple: landscape managers like foresters often have no incentive to improve ecosystem services because these are externalities relative to their core business of growing trees. Instead, it is the cities or businesses downstream that would benefit from environmental measures like tree planting and erosion control, so the downstream users should organize together and pay as if the trees were part of a public utility. One classic example is the case where New York City funded projects to improve watershed health on farms in the Catskill Mountains. As news of New York’s success spread, environmental groups launched similar water funds in South America and even worked with the Vietnamese government to pass PES-like legislation in 2010.

Vietnam’s PFES policy successfully raised more than USD 150 million for forest protection from 2011 to 2014.12 The payments from hydropower companies were scientifically calculated on the basis of avoided costs that they would have paid if the hillside eroded soil into their reservoirs, reducing the useful life of their investments and increasing the cost of maintenance. Back in Phong Nha National Park, the tourism operators pay the PFES fees as a kind of service charge to support landscape conservation. In practice, Dr. Pamela McElwee has noted that the payments are “not really paying for environmental services – they’re essentially labor contracts… There’s not any sort of good monitoring, so the hydropower companies are kind of taking it on faith that they’re getting something out of this.”13 However, this funding has provided life-changing financial support for villagers dependent on forest-based livelihoods and is rewriting the rules of the game in conservation.

Looking forward, valuing nature’s benefits creates powerful new incentives for the private sector to take up responsibility for environmental conservation. Not only has the concept of ecosystem services changed the equations calculating sustainable resource use, it also enables new institutional arrangements for building shared value. The example of Vietnam’s Payment for Forest Environment Services policy offers a powerful story of how governments can integrate nature’s value into their laws and increase the resources available for conservation. While such policies are not a panacea and offer targeted solutions, they nevertheless pioneer a new approach that will prove impactful well into the future.